If at first you don't succeed..

... try again. This blog has moved to http://sheilacrosby.com, and joined with http://starisland.co.uk. http://lapalma-island will be joining soon. The new blog looks much prettier, and hopfully this time I won't wipe it out while trying to upgrade. (And yes, I have a backup now. You bet your bibby I have a backup.)
Posted by Sheila, Canary Islands at 12:03 pm 1 comment:

Email ThisBlogThis!Share to TwitterShare to FacebookShare to Pinterest
Labels: publicity for writers, websites

Somebody's got to do it. 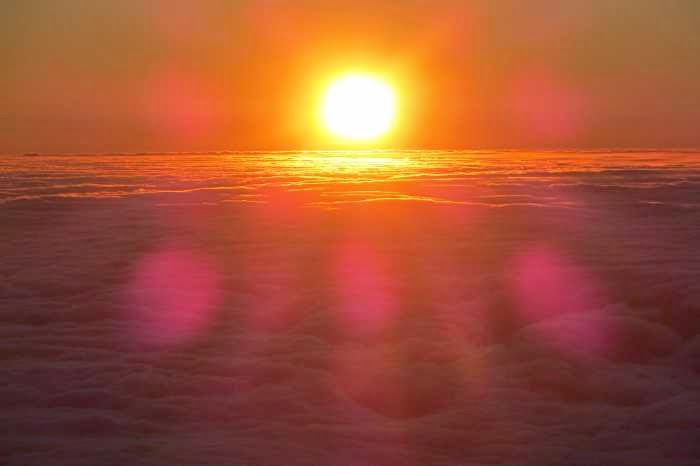 I've been showing an international group of journalists around La Palma for the tourist board. So I took them to all the most beautiful parts of the beautiful island, and we ate in the best restaurants, and we had good conversations and I got paid for it.

But then I suppose that somebody has to do it.

On Saturday we watched the sunset from the dome of the enormous Gran Telescopio Canarias at the Roque de Los Muchachos observatory. As usual, it was spectacular to watch the sun set into the sea of clouds beneath us.

Even the people and their shadows looked amazing. 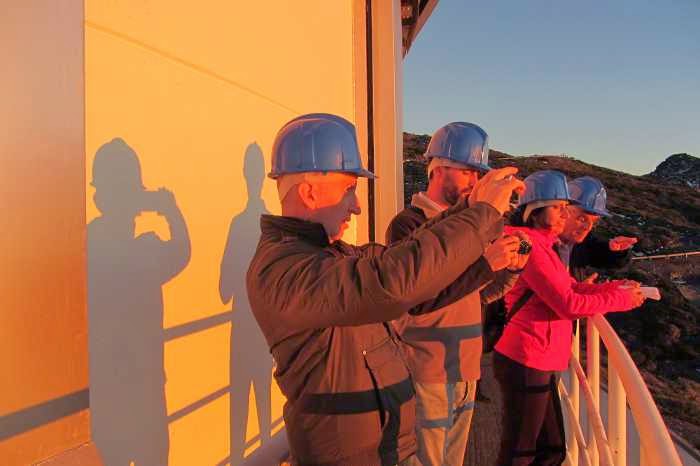 Then we went up to the Roque itself where we saw the twilight and Venus (on the right) through the Muchachos themselves.  ("Muchachos" is Spanish for "young men". With a lot of imagination the rock formation looks like a group of people.) 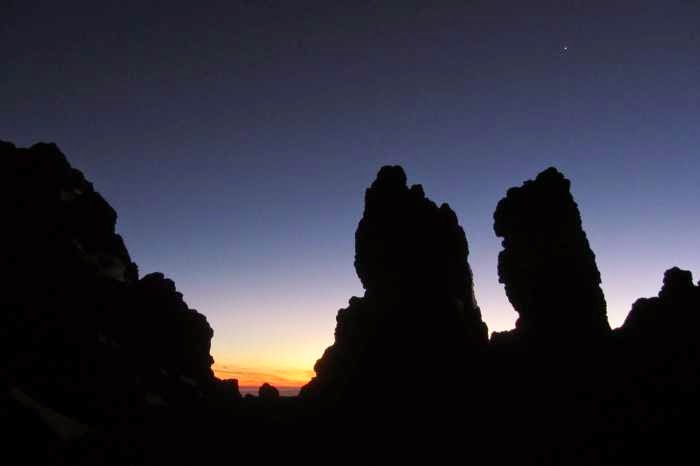 I finished the second edition of "A Breathtaking Window on the Universe" in July 2013. Almost immediately, I started work on the Spanish version. But I got interrupted by family holidays, distributing books, and writing "The Seer's Stone" and translating it into "La piedra ocular" (while local government subsidies were available.) That took longer than anticipated, as these things generally do.
Meanwhile I was tour guiding, blogging, writing the odd short story (some of them were very odd) doing an online course about moons, and sometimes even doing housework.

Family holidays came around again. Then I was I was tour guiding, blogging, writing the odd short story, learning about oral story telling, applying for governement business coaching and cleaning up after a mouse.

I sent "La Piedra ocular" off to the printers in October 2014 and re-started work on the second edition of "Una espectacular ventana al universo". Yay!

I got the coaching. Double Yay! And almost the first thing my coach said was, "You really, REALLY need to do something about sheilacrosby.com"

So I abandoned my secnd edition again, and sorted that out, quick before I had to pay for another year's hosting at http://lapalma-island.com. I planned it all out (see http://sheilacrosby.blogspot.com.es/2015/02/working-on-website.html) and got it up, and killed it before I could take a backup. (See http://sheilacrosby.blogspot.com.es/2015/03/disaster.html)

That meant that I had to pay for an extra year's hosting anyway. So I went back to the much-delayed second edition.

And tonight I finally, finally sent the changes off for professional proof correction (absolutely necessary with Spanish)

I still need to buy an ISBN and double check half the URLs, but it feels like a major (and long overdue) milestone.

I'm going to have some champagne.

The factoria de innovación (Innovation Factory) held a presentation of their work this morning, and I was invited to exhibit my books.

So I did. The Spanish ones, anyway. 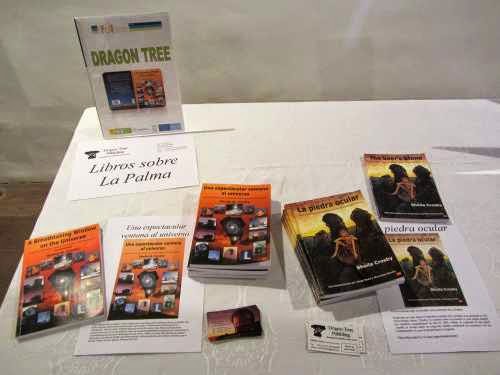 For those sane people who don't know, March 14th is pi day, because if you write March 14th the American way, it's 3.14, yes? Actually, the first five digits of pi are 3.1415, which made this year a bit special. In fact 9:26:53am was super special because pi is 3.141592653 (and the rest). It's tradicional to eat pie on pi day, which is probably why the idea caugh on. I mean, how much of an excuse do you need? But as usual I was too busy to muck around rolling out pastry, so we had shepherd's pi. 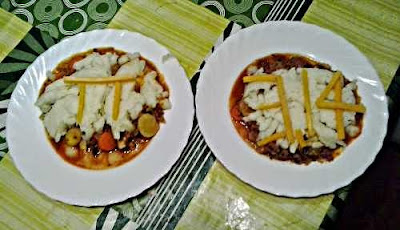